I was teaching in a university in Min Hou but one day there was no more job for me and I had to find something else to do.

I had worked like a maniac, almost 50 hours per week plus the time it took traveling to and from the school. I was dead tired. In the evening I went to the English corners in the neighbour hood universities. That was kind of my contribution to the community and I loved it. Meeting students from other schools was interesting and educating for me as well.

Now my place was nowhere. What could I do? I needed work. Friends of mine, foreigners, had information from a friend who told them about some company in Beijing that hired foreign teachers and it did not matter if they were over 30. I contacted the company and 2 days later I had a contract, a signed one, and was supposed to teach in Jinjiang which is a county-level city of Quanzhou City, Fujian Province, China. It is located in the south eastern part of the province, on the right or south bank of the Jin River, across from Quanzhou’s urban district of Fengze. 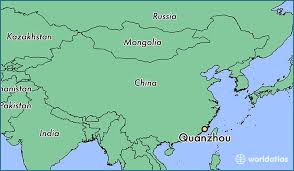 Since I had a signed contract all my worries vanished, or so I thought. Now I could begin preparing for the spring festival.

Although there was one thing I found confusing. Why could I not get the name of the school I was supposed to work in? I wanted to gather information on how to get there so the name was very important. After many e-mails I was told that I would get the name just before I began teaching because the company could not risk that another company would interfere in our contract. Maybe another one would offer me better salary? I don´t know what they were afraid of.

Now, the Spring Festival was there and everything went quiet. That is what happens during the holidays in China. Everyone goes to their hometowns and nothing happens until 10 days after the Spring Festival. This year the festival was 14th of February and I was worried. I was supposed to start my new job 1. of Mars and should be in the school 2 days before the semester. Not quite according to my books, I have to make arrangements long before everything, to organize.

I tried to contact the lady who made my contract. She was not on Skype during this period, she did not reply to my e-mails. I was getting really worried and a bit furious as well. So, I sent a very frustrated e-mail to the lady and told her I was beginning to think I had signed a contract with a phony company. An e-mail came back. She was on holiday and would be back the 22nd of February. I can’t say this made me at ease, but at least there was a sign that the company had not died.

23rd of February the lady called.  She asked if I did mind going to Quanzhou instead of Jinjiang? I told her I did not mind and thought that most important was to get work. Quanzhou is also closer to Min Hou and it would be easier to travel home during weekends. Someone had to make sure that my house would not go away and it would not be swimming in water. There had been problems with water coming through the walls!

The lady called again an hour later, it was almost 4 o’clock in the afternoon, and she asked if I could go to the school tomorrow?

Tomorrow? I had not heard from them in 20 days and now I should go with no preparation at all! I was not willing to let them treat my like an idiot and told her I could go next Wednesday. It was not just that I had not heard anything from the company in 20 days, I was going to drive to the school and did  not have a clue how to get to the highway from Min Hou.  Had never done that.

I went to my architect and he drove up the route into the highway and told me it was really easy. The day the lady called me I tried and got lost again and again. I had to find a solution. I called a student from a university  in my neighbourhood and asked if he wanted to come with me to Quanzhou. I knew he was studying for his exam. My stomach had many knots and I imagined me going on my own to Mongolia or God knows where. The young man was willing to come for a drive. We managed, after a while and some phone calls to my architect, to find the highway but of course we got lost. We drove past the driveway to the city and had to follow the highway for half an hour just to turn and another half an hour to get to the entrance. This was just an adventure and I saw the airport and we drove through the centre of the city.

The young man was carsick and was almost dead when we finally stopped.

We called the school. We asked someone to pick us up. No, that was not possible but the nice teacher  guided us through the streets of the city and finally we arrived at the school. It was almost 4 o’clock and I wanted to be home before dark. I was not at all sure how to get back home to Fuzhou and it had to be  before dark, if there was any hope for me to manage. 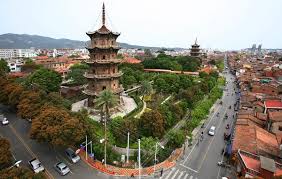 The teacher did not understand at all why I was in such a hurry. He found it strange to drive to Quanzhou and immediately back to Fuzhou. This was a bit similar to when I go to Hong Kong and back to Fuzhou 2 hours later, just to renew my VISA but of course he did not know that.

I saw the school, not the apartment, and the teacher came with us to the tollgate. He was not quite sure how to get there. Did not drive a car so of course we got lost and drove around but finally there was the gate. What a relieve. It was almost 5 o’clock and I still in Quanshou. I would be in Fuzhou when dark and how would I find my way home?

My destiny in the country was to be confused about where I was. All maps in Chinese and difficult to figure out where to turn right and where to the left.

Eventually we managed to get to Fuzhou and the young man wanted to see my house. That was not a problem. We arrived at the house at 8 in the evening, spent some time exploring the foreigners house and then I drove him home. An adventure I won´t forget and he probably not. He had never been to Quanzhou. He had never travelled in a car, just in trains and busses. Many of my Chinese friends have the same story to tell. It was heart warming to hear him admire the mountains and the scenery while we drove and even though I was not the best one to find my way and he was carsick, we had a good time and a good laugh as well. And the sun was shining.

The next day I had to get to the school on my own and that is a story for tomorrow.