On my walks through Fuzhou I often came across interesting people.

I am interested in people and there are always adventures meeting new ones.

One day I was there and came across those two. 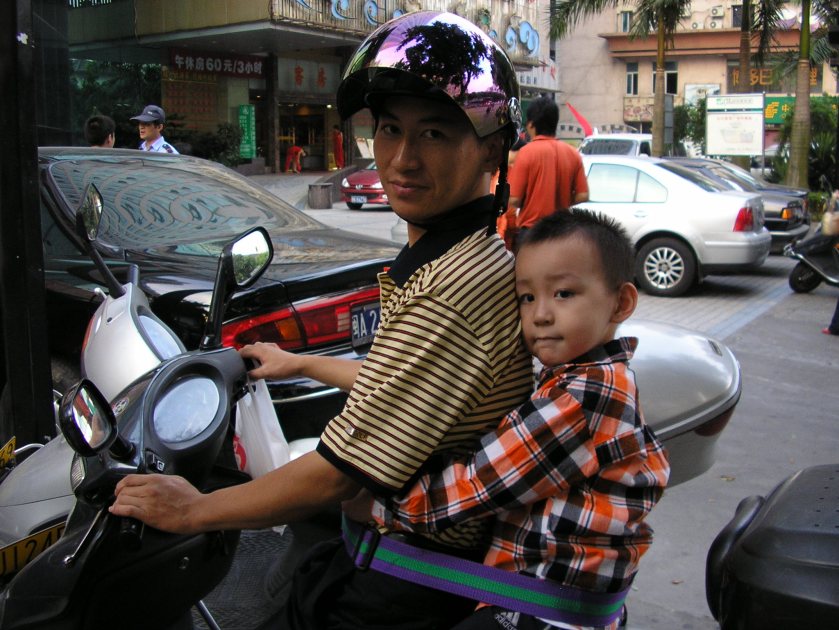 Here is a father with his son on the scooter. The son strapped so he won´t fall off. The father with a helmet but not strapped. Just an ordinary day in the Chinese traffic in Fuzhou!

They are the younger generation. I asked if I could take a photo and that was ok and they happy to please the foreigner. These 2 live in the city and always have. They don´t know about the struggle that comes with poverty. That is good. The little one will be spoiled and then he goes to school and the hardship arrives. In school he will have to obey rules. He will have to study hard and make his parents proud. The parents will see the headmaster and the teachers and they will tell how the little one is doing. Sometimes it is difficult to leave home and not see your family every day. Those who live in the dormitory, those who come from faraway, sometimes suffer from loneliness and are home sick. There is nothing to do about it. This is Chinese life. Those who live nearby are lucky. The parents pick them up every night and bring them back to school in the morning.  How will it be for the little on in the picture above? I wonder, but now he is happily enjoying sitting on his fathers scooter, driving through Fuzhou.

Then I came across these 2, the women with their story written on their faces. 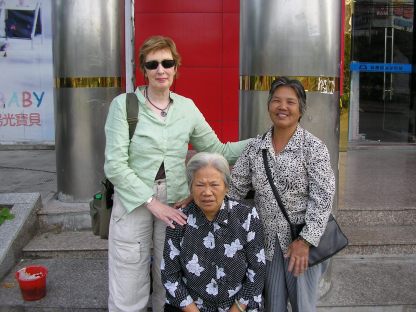 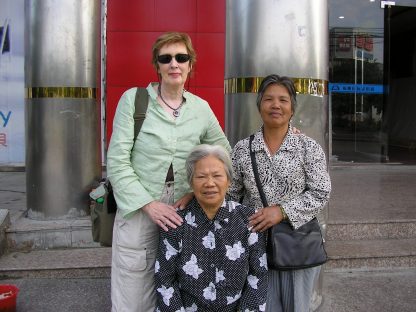 Have you ever thought about how beautiful wrinkles are? They tell the story no one will tell you. The mother and daughter in these photos have a story to tell. They have been living in the land for decades. They have experienced the change and they have been part of the growth.

The mother was a farmer but now she has moved to her daughter in Fuzhou and lives with her the last part of her being on this earth. When the daughter gets old her children will take care of her. The circle goes on and on.

The mothers wrinkles tell the story of hardship. The story of struggling to have food on the table and to be able to send her children to school.  She did not go to school but her child did. This is the story of so many families. Then came the time when the farmers had to give way to the newly rich and their buildings. The farmers moved to the cities and the government made new houses, new islands, new condominiums, all for the rich ones.

In Min Hou I got6 to know one farmer who did not want to move. He was in his little cottage in the middle of the school premises. There was no way he was going to leave. The government was going to pay him for his land. No, that was not it. This was his land, his home, his living was there and no one going to convince him that a better life was waiting in the city. Eventually he had to give in and one day the little cottage and the farmer were not there anymore. It was sad. It was sad to see first hand how the luxury of the rich ones affected the poorer.

That evening, when I drove to my house, I thought about who and how many farmers had to be moved so I could live in my luxury house? Where did they go? Did they still live in the neighbourhood? Had they found work? 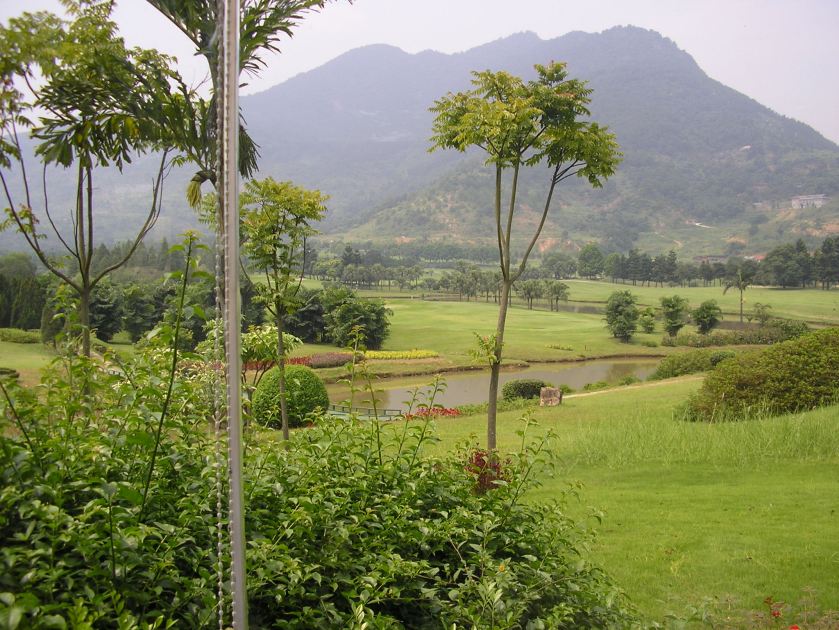 My beautiful district is  handmade islands. Islands made on the farmers land.  Islands that make my life beautiful and serene but what about the farmers that left? Are the ones I see when I leave my area those who had to sacrifice their homes for me? They are all friendly when I meet them. I have not asked where they come from. I don´t dare to.